The 6 Best Free Antivirus Apps For Your Smartphone! 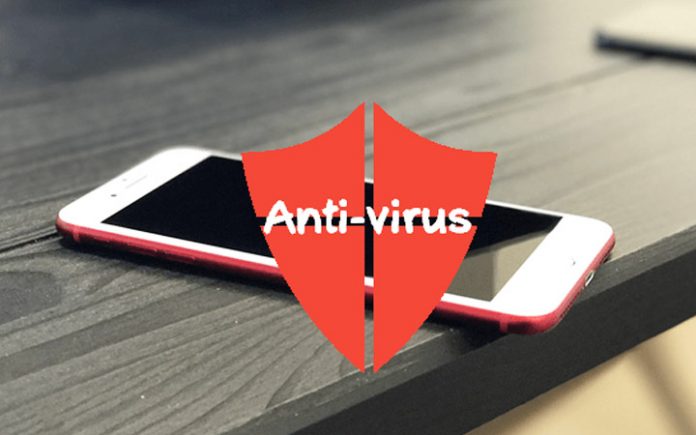 Malicious software has been threatening our tech devices for years. Even before the internet as we know it today, the first hackers were already trying to access our personal computers using archaic techniques.

And although it is now more difficult than ever to hack into an electronic device because most people are well aware of the dangers related to using the Internet, it has also never been more enticing.

Users store on their devices all kinds of sensitive information, from private photos and texts to emails and bank account information. Think about it; you probably have all these things right now saved on your smartphone. That is why it is so important to protect your phone from hackers and viruses: to keep private things private.

The first step is about being cautious. Not downloading files from shady sources, keeping your device updated, staying away from dodgy websites filled with pop-ups, and only downloading apps from the official stores (Apple’s App Store or Google’s Play Store). 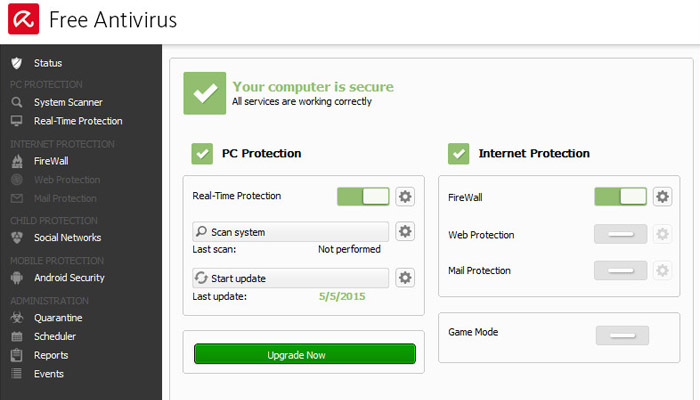 Besides acting like your typical antivirus, preventing malware and spyware from invading your phone, the Avira Antivirus offers a couple of extra great features that might be useful for you.

Avira will go through all the files stored in both the device’s internal and external (microSD, for example) memory to individually scan each one. It will also rate your installed apps using a “privacy scale” to let you know which ones are safe to allow access to your private data.

Lastly, the Avira Antivirus can analyze the email addresses in your contacts list to check if any of them were recently involved in a major data breach. Unfortunately, the free version doesn’t block malicious websites.

It is available for Android and iPhone (Free – Premium version is also available). 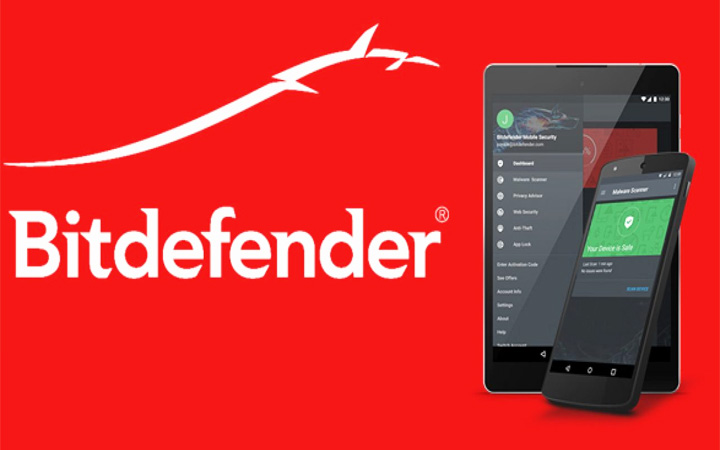 Bitdefender is a well-established company within the internet security industry. It has been around for many years, and tech experts often refer to its products as one of the most trustworthy and effective in the market.

The Bitdefender Antivirus Free is a lightweight app that won’t consume your smartphone’s resources and neither will it noticeably impact the battery performance. This is because, unlike most of its competitors, the app does not run in the background.

It uses in-the-cloud scanning technology to detect viruses and keep your device properly protected. It also is really simple to use and setup. Bitdefender also has a nice feature for smartwatch users: the WearOn technology sends an alert to the smartwatch when you forget your phone somewhere.

It is available for Android and iPhone (Free – Premium version also available). 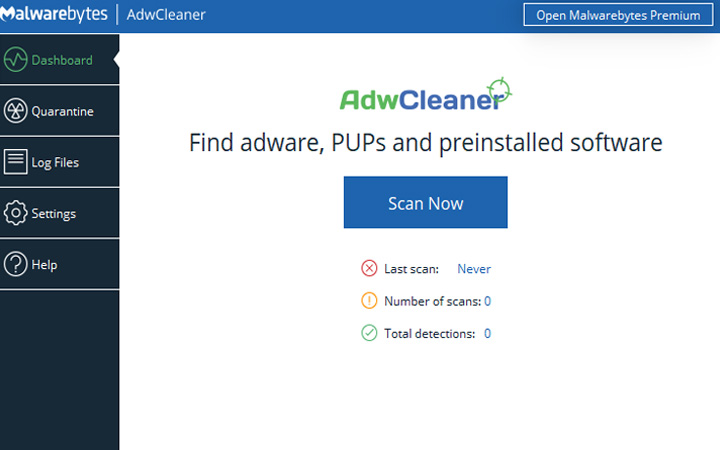 We all know this software because we’ve all had to use it at least once after suspecting our computer was infected with malicious software. Malwarebytes is regarded as one of the most effective malware removal software, and people usually only install it after something goes wrong. However, it also has the same features as a regular antivirus.

In case you don’t know, Malwarebytes provides a mobile phone app that you can download and install to protect your smartphone.

It offers efficient protection against malware, spyware, ransomware, and all kinds of different threats. Additionally, the app can also scan external links (such as links sent through text messages) to check if they are safe to open, and it clearly identifies which other apps are tracking your GPS position, monitoring your voice calls, or costing your money in hidden fees.

This one is available for Android and iPhone (Free – Premium version also available). 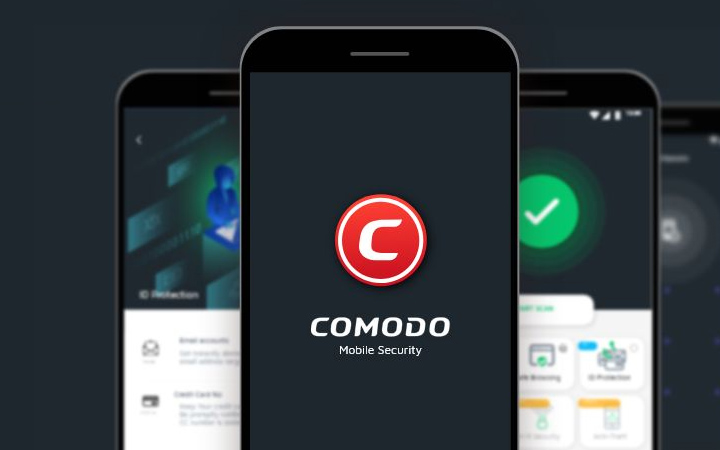 This product developed by Comodo Security Solutions offers a wide range of features beyond malware protection. Here are a few of them:

A VPN for secure and private browsing – a VPN (Virtual Private Network) is a service that routes your connection through a server to hide/mask your online activity;
Automatically blocks robocalls and telemarketing;

Protection against identity theft – Comodo Mobile Security will send you an alert as soon as it detects that your private information (email address, phone number, credit card number, password, etc.) is being sold online.

All these features are integrated into a very simple, intuitive, and visually appealing interface. 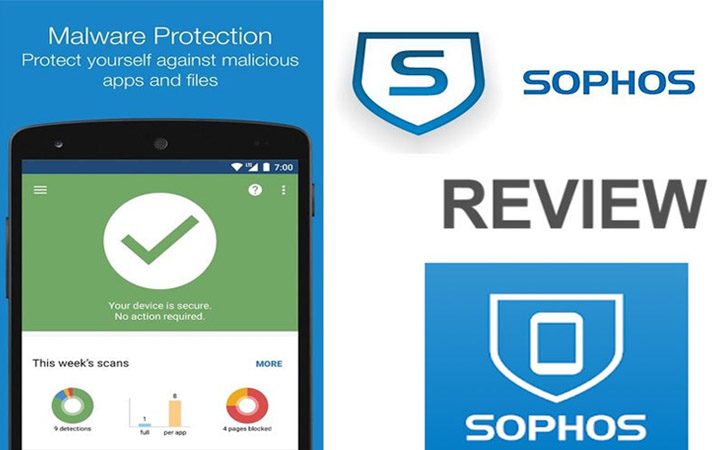 If you are often solemnly annoyed by the huge number of ads that free versions of mobile apps usually display, Sophos is a great option. Its free version is completely ad-free and offers a couple of interesting features.

One of them is a password manager that allows you to store all your passwords and even generates random and highly secure passwords for you.

If you are not using such a service yet, you should seek to learn more about its benefits as it is an excellent way to keep hackers away from your private data. On top of this, Sophos also allows you to protect your apps with a password and lets you scan a Wi-Fi network through a QR code to check if the network is truly secure. 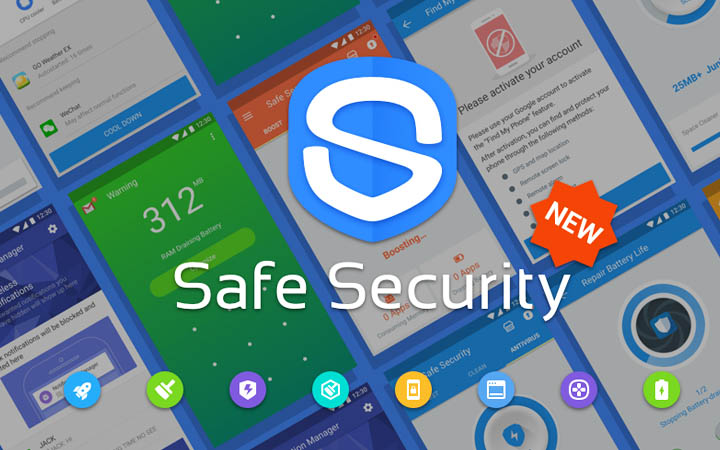 Safe Security is an antivirus app, a junk cleaner app, a speed booster app, and a virus remover app. It is a true all-in-one. But what does this mean exactly?

Well, besides acting as an antivirus, Safe Security can also be used to delete all kinds of junk files stored in your smartphone (such as system cache and image cache) and to clean up memory to boost speed and improve system performance.

Although this app can make your life much easier, many users complain about an above-average number of ads displayed during its use.
Available for Android (Free – Premium version also available).

Let us know if these tips have been useful!

© pixabay If you ask someone if they prefer...
Read more
Previous article9 Genius Smartphone Hacks That Will Save Your Life One Day!
Next article11 Unexpected Reasons Your Internet Is Too Slow!